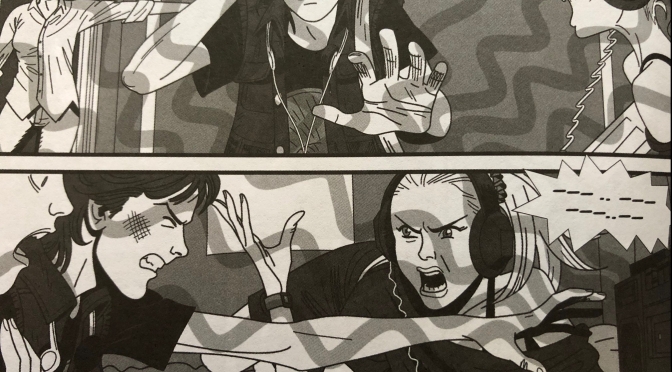 For the unfamiliar, ‘Maurice & the Metal’ is a brand new independent comic that tells a story involving metal and superpowers set in the 80’s. Entirely self produced, funded and written..this is a labor-of-love project that captured my attention for its cool look, fun concept and multitude of in-jokes which only musos will get! I sent some questions to Aaron, the Brisbane based writer behind this project to learn more about how this all came about. END_OF_DOCUMENT_TOKEN_TO_BE_REPLACED 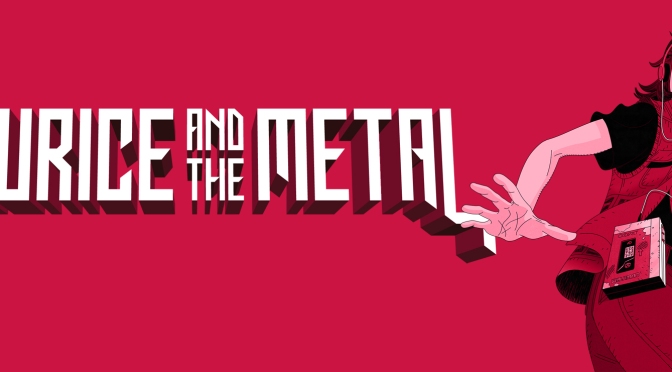 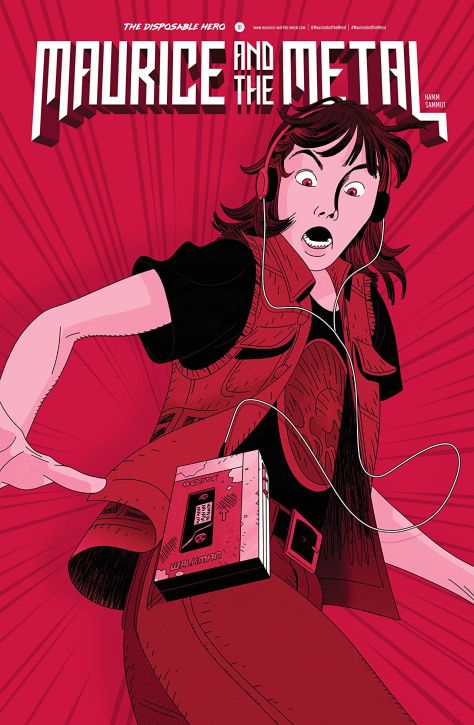 I love metal. Meshuggah, Pantera, Soilwork, all that hear. I get a buzz when I’m driving, working out or skating to this stuff. On a train, working, walking, wherever I am that energy is there for me to tap into. My hands and feet can rarely stay still.

Perhaps that is why I was so fascinated and intrigued by the concept behind this new independent comic ‘Maurice & The Metal’. The protagonist in this story is an all too relatable drummer with a long list of dead-bands to his name, devoted to his love of music and one day…gets super strength from listening to Black Sabbath. I fucking died. This was like one of those daydreams! From the very moment I read the ‘press email’ about this project I knew I had to read it. HAD TO. Not want!

The instantly recognisable red cover and image of Maurice and his enchanted Walkman will be easily spotted wherever you buy your comics. I strongly suggest the physical to the digital edition, but whatever floats your boat. If your local doesn’t have it yet, the links are at the bottom to help you.

The story is taking place in the mid 80’s, arguably a golden age for what we have come to call ‘heavy metal’ before all the genre’s and styles branched off it. There’s a lot of band-references, jokes that musicians are going to get and so many subtle nods to behaviours that I am 100% sure are going to connect with many of us.

GOLD. This was literally me vs. younger sister at 17!

This is a labor of love for Brisbane based writer Aaron Sammut who penned the story and partnered with US artist Jesse Hamm for the illustrations.

The line work and drawing is great. The comic is black and white but makes a terrific job of using greys, negative space and blacking areas out to draw your eyes attention to whatever is the focus for that scene. It’s a simple and clean style that reminded me of YA graphic novels but don’t let that turn you off. It’s just uncluttered and Jesse isn’t filling in every single square inch of the page. Doesn’t need to.

I think black and white is really going to serve this series well. Jesse has done loads of stuff that comic fans will know, big names, big gigs…but..his skills here are lending a certain gravity and credibility to the overall product. It’s not enough that it’s a hilarious concept…it’s drawn as good as anything you’d see in a shop.

So breaking the third wall.. Aaron tucked away in the back page listening suggestions while you read. For this, it was Master of Puppets. The little things, the subtle nods and ideas made the whole thing feel so special and instantly nostalgic! Taking it one step further..here’s a playlist they made up for variety if you don’t want to do a whole album!

It’s actually killer. Just listen to it whenever…comic or not 🙂

So… if you are a metal fan who also reads comics…this is for you. For us!

Get Issue #1 The Disposable Hero here: