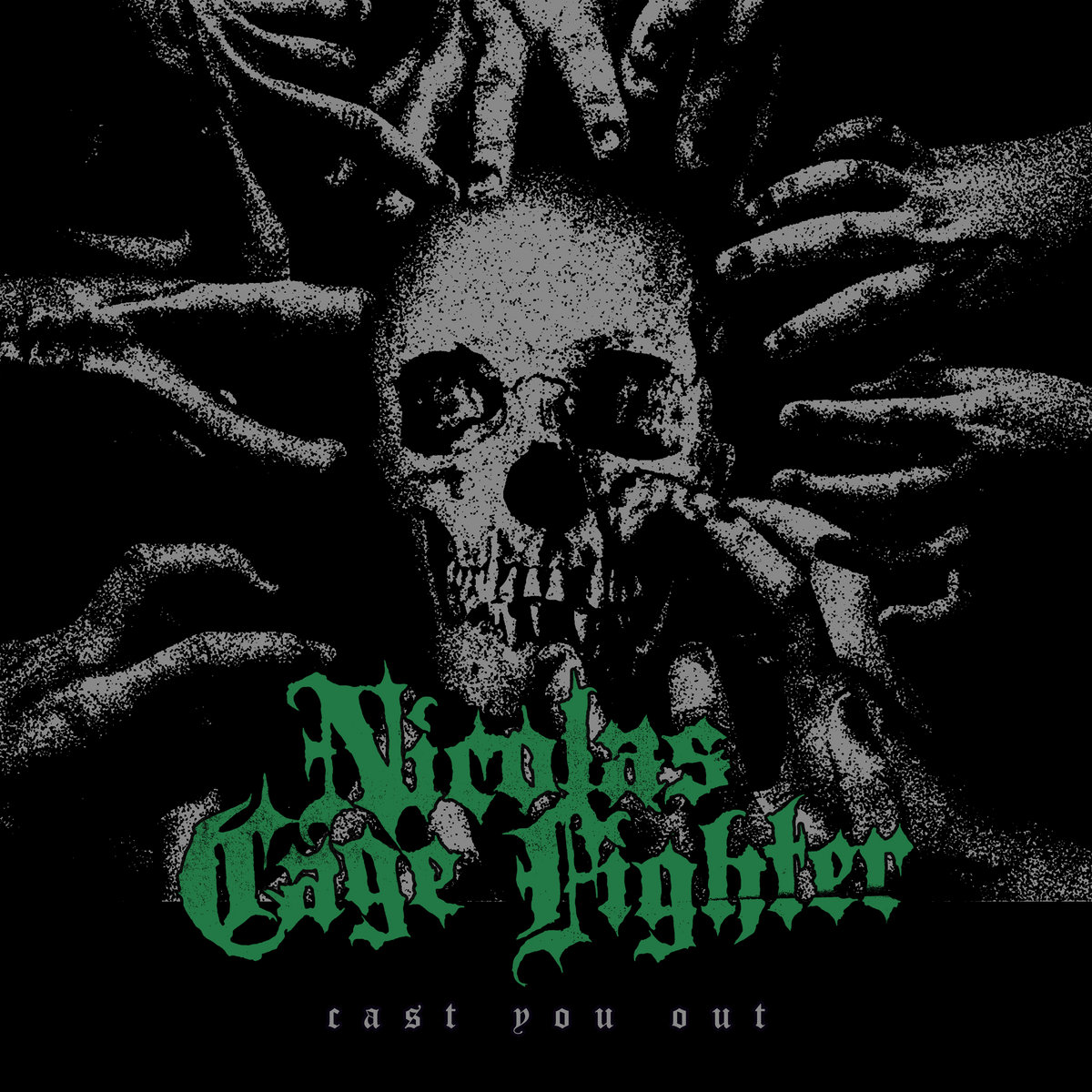 Let me address one thing before getting into the music: The band name is hilarious but that’s the only funny thing going on here. Prepare yourself.

‘Black Jackal’ starts things off with a force equivalent to sticking your head out the window of a moving vehicle during a hail storm. Everything hits with full force and all at once. The sheer ferocity is on point with its metallic hardcore leanings and chugs. Moriarty’s vocals are the clear and easy standout here and while admittedly I’ll need a lyric sheet to decipher his howls and growls, you know it ain’t about anything happy. Guitars are sickly big and the drums are relentless.

Forget melody and harmony, forget ambience and build-ups, this is the filthy guttural, brutal and disturbed kind of music your friends ‘think you listen to’ when you tell em you like heavy music. Except..it is.

Title track ‘Cast You Out’ borrows a few plays from the early 2000’s metallic hardcore playbook sounding like something lifted from the Century Media catalogue and I’m here for it. There’s nothing especially distinct about it, it’s just faster and more focussed. Yet as I listen I’m transported back to memories of 1999 discovering bands like Turmoil, My Own Victim, Haste and a hoard of others from the old CD samplers that label used to put out. Indeed it’s a good thing to tip a hat to those who paved the way but whether that’s just my age showing, or a mere coincidence..i don’t care. I really enjoyed it.

‘Dead Ends’ similarly impressed with it’s no mucking about, straight-into it attack. The bass tone alone is commendable.  The highs and lows are set so well in the mix that it will be a benchmark reference when showing what bands should be doing with their low end wielders.

What Nicolas Cage Fighter have done with this 5 track debut is really impressive. It will turn heads. My bet is it will catapult them to the world stage ($10 says Europe first).  Just as soon as the world is ready to start letting us play on stages again! Cue internet comments like ‘what the hell is in the water down under that they can keep producing stuff this good?’ I think they fill a certain gap in the current scene that sits neatly between the grind/blast beat/tech sounds and the ol’ faithful metal-core acts. The lack of anything remotely hopeful, uplifting or melodic is a definite winner here, they don’t draw on hooks or clean choruses, keyboards or guitar wizardry…they have the unified intensity of a hammer squarely centred on glass table.

Put this on when you need a soundtrack to knock down walls, when hitting the gym or have the need wake your neighbours sleeping children. Very strong stuff from Ballarat.

Geez..what’s in the water in Ballarat?