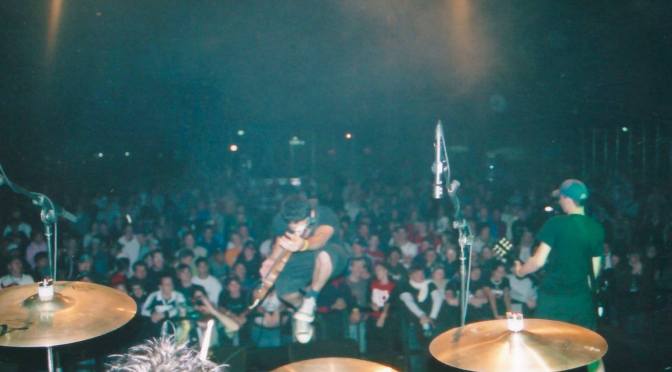 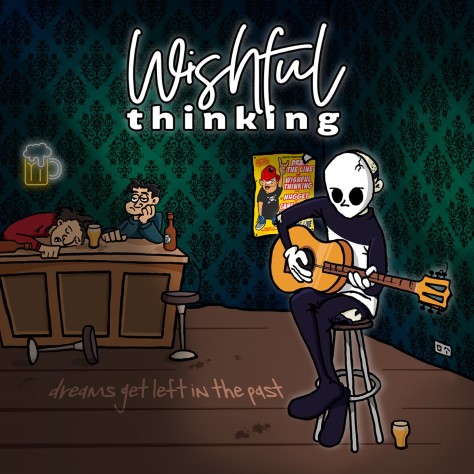 I’ve never done a ‘best-of’ release on here before which may be a result of most local bands just never bothering to compile their best tracks and publish a retrospective. I’m so glad that Wishful’ did this because not only is it the best album in their catalogue now, it’s a blast of memory filled and nostalgia fuelled good times.

So who were they?

A punk band from Launceston, then Townsville, then Melbourne. They lived here, gigged there, recorded there, travelled here, gigged some more etc. It wasn’t until the Jackson brothers moved to Melbourne and began over with a new drummer that things really got going. They gained traction, attention and put out more albums. It’s a simple story in that respect. So too are the line-up changes. A member leaves, a new one joins, leaves, another joins..the usual drama. Hell, I even filled in at one time for these guys during one of these in-between periods. Best fun ever too!

Video clips, tours and albums followed and somehow they were criminally overlooked for more fashionable and in-trend acts of the time. Much the same way as it’s happening to emo and post-hardcore and bands now. The scene is a fickle and unforgiving thing.

Wishful eventually called it a day in 2006 but not before a great bunch of farewell gigs and releasing a self made ‘b-sides and offcuts’ CD which I still treasure to this day.

So years later, rumours of a reunion began to spread and shows got announced along with this amazing compilation ‘Dream Get Left in the Past’ which takes its name from a lyric in the song ‘Glass Houses’. The collection spans the bands entire discography taking selections from each release, singles, fan favourites and even some b-sides. Being a pop-punk outfit means this a good time, not a long one. Get ready for high energy, fast paced anthems and stupidly catchy and instantly memorable choruses and melodies. Bands will spend years trying to get close to this quality of song writing and still miss the mark. Don’t be fooled into thinking pop-punk equals immature and childish material. Not here at least.

If you love Millencolin, New Found Glory, Blink182, Lagwagon, Slick Shoes, MXPX ..then this is a MUST listen. Get to a show or get online and trawl through the discography. Essential listening for any scholar of Melbourne’s famously awesome rock scene or just any pop punk fan.

The album flows great, the songs still hold up years later and it’s all smiles as long as this is playing. Pure gold. The recordings, whilst they vary in quality, have all been smoothed out by long time friend and engineer Dave Carr. The art work is new but calls back to the earlier themes of the first album ‘Standing Still’ with the illustration. It’s a very nice fit for such a proud legacy.

It drops April 21st … check for it here: