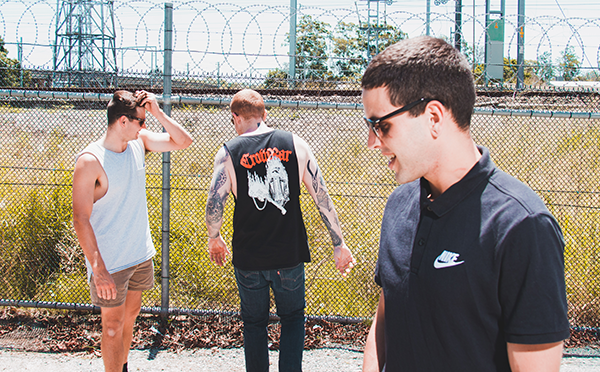 Damn. This is something else.

This band refuses to stay in one lane. The opening track ‘Chasing Pavement’ launches with this furious blackened/crust punk moment before abruptly switching gears to sound like an offcut from any Balance and Composure record. Then screams and guitars all explode back into focus, the energy stays high and the emotion is never dropped.

This is an outstanding example of crossing genres and finding a genuinely satisfying middle ground. Not a screamo outfit, not an outright emo/hardcore thing..just somewhere in their own little niche.

I especially enjoyed the drumming on this release. Lots of movement, great fills and some very tidy execution of blast beats and double kick. It’s tight. The dynamic changes and variety of the vocals is a real treat too, just wait till you hear how it goes through the range on Misery of Kings’, a song that in all honestly could have been developed into many! A pretty epic slab of music if nothing else!

The release is only 3 tracks but Pretty Cruel leave me wanting more despite the smorgasbord of moments and side steps they take. I still want more.

Gripe time. Production it’s ok. Everything is there and well balanced between the instruments, levels and what not. My criticism may be a sign of personal preference over certain sounds and tones..but hey..just an opinion. Sounded like a melodic hardcore band mix…BUT…Pretty Cruel are delving into some new idea’s and mixed forms far from ‘melodic hardcore’ and so they might need to update their sonic palette to do it justice. As I’ve said, this is pretty epic so I’d love to hear this sounding as good as it can! Again…just an opinion, overall it still crushes.

Big ups to the boys from Brisbane, this is just what 2019 needs! Blur those lines! Mess with the formula!!!