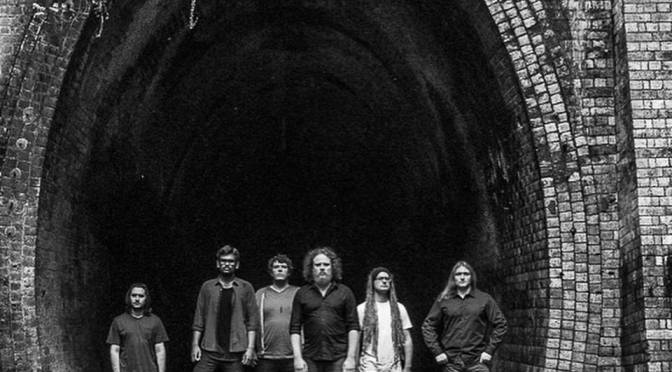 DISCLAIMER: I meant to get this review up before the end of the year but life had other plans. Better late than never.

This group from Sydney have produced an enormous work of accessible and enjoyable prog-metal that has me recalling the best bits of Karnivool, Voyager, Caligula’s Horse and many more of their contemporaries. If you didn’t catch this upon it’s release, you’ll surely want to be across this for 2019 as I have no doubt that they will be a name on many lists, lineups and posts before long.

In short, guitars are shredding, djenting and creating melodic passages like you would expect, drums are impeccably performed and show utter mastery (like you might expect) but what takes this to the next level is vocalist James Devlin’s skill and attack throughout the album. Bound to get some of the same kind of comparisons that I mentioned earlier, a distinctly Aussie flavour to his delivery is paired with dramatic and soaring range. Deep growls and huge high notes are everywhere. This is amazing!!

Production is great and you can make out everything with ease, no clutter or overplaying such as the genre can produce.

My main criticisms are only for the track listing which keeps some of the best and more impressive selections later and deeper in the album rather than up front and first.

For example track #2 Silent Dreams opens with brutal blast beats and grind flavours before settling into a bouncy groove and a massive chorus which completely outshines the opening track Burning Wings’ in every way. Should’ve been first…check this out:

The King is a Fool’ also throws away the high energy and fast paced prog in favour of a more doom/sludge approach and again, it’s stronger and less predictable than some of the other songs before it. The surprises are often and plenty for the listener who is willing to sift through the 12 songs.

Absolute highlight of ‘Illumine’ for me was the incredible Shadows of Life. I mean..skip straight to this if you need an immediate demonstration of what this band can do. It’s got dynamics, cleans, big choruses and chords, amazing layered vocal production and odd changes to the guitars, keys and every minute it’s a ‘wow’ moment.

A close second is the 8-bit inspired Shattered Visions. This one hits big and has an undeniably metalcore feel around the 2:40min mark which still gives me a big smile!

There’s a lot to take in and a lot to appreciate here and Sky Signals should be proud of what they have accomplished here. I’m super impressed.