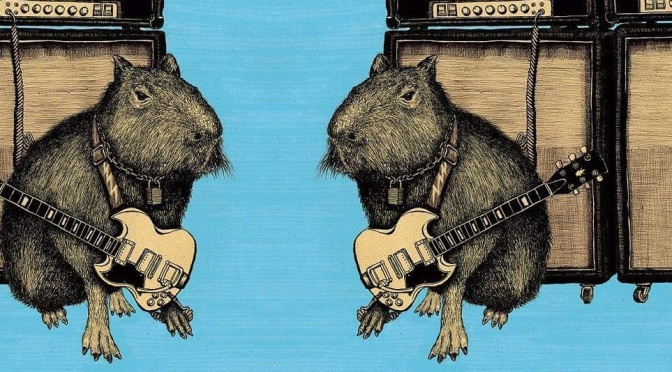 Real talk. You know what? I dropped the ball several times on some absolutely outstanding releases in 2017 and I just couldn’t find my chill after doing the normal Top 10 list until I’d made some sort of penance.  So below is a handful of the best stuff I DIDNT get around to penning reflections on. And I feel bad. 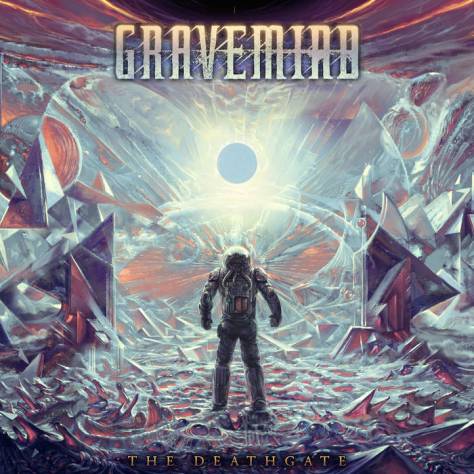 Definitely not my thing…BUT…do you know what they did this year? Let me tell you. They came out of practically nowhere and pitched a cryptic ‘what is the deathgate’ campaign without revealing it and got heaps of people talking, snaring a bunch of faces and names in the game to back it before we even knew what the hell it was all about. Props. Then they dropped the thing, charted it, toured and sold a fuck ton of copies of that shit and all without the helping hand of any major support. Kudos. Major respect. They got airtime, playlisted, cred in the reviews and yeh…independent and out of nowhere. Basically a Cinderella story for deathcore.

I have to say… it took way too long to deliver this album BUT The Mortal Coil turned out to be every bit as good as I was hoping for so all is forgiven. They deliver an absolute truckload of memorable and instantly likeable tunes, I should have keyed this one out around the time of release but never got around to it despite listening to ‘The Mortal Coil’ on a daily basis for weeks after it dropped and despite pre-ordering and getting on board the campaign. If you want good music, you have to back it. Polaris are also another heavy band to make industry and chart waves without major money backing them, touring like sharks and pissing off overseas. Nice. Better than Amity in every regard FYI. 10/10 would rather listen to this than hmmm 90% of what else is on the market. Standout album.

Wow. This was basically a 40+ minute long series of noises, weird spoken word stuff and guitars at 11’ doing the ambient drone thing to nigh perfection. It’s quite hard to ‘get this music’ though. Think of how surrealist art is sometimes too abstract to relate but connects somewhere deep and weird. Just chill. Take the ride. I saw it done live, I can’t describe it any better than to say The Convoy are more of an audio-art-installation and less of a band. An avalanche of sound a’ la Sunn O))) but with an array of ‘other’ noises to confuse and disorient. So with that, I couldn’t get any better words together to share about this anomaly of an album. But hey..late is better than never.

The project of a one man loop artist whose main weapon of choice is a Cello had my interest right from the beginning. The opening track ‘lockstep’ is just incredible and one of the most outstanding single pieces of new music I heard in all of 2018. I couldn’t really connect with ALL of the material on the album however and this might be because you get the best bit first and everything else is .. also good. Not ‘oh my god’ good just yeh.. cool..skip, next, scroll forward..go back to that amazing first song. So..he outdid himself too early. There’s a variety of idea’s and sounds all through the album and it truly shines when the Cello is the main focus.

My conscience is starting to feel better..

Just a couple more and then i’m done.

What a heavy and hopeless album. The band do the slower post-metal thing which is pretty dramatic and coupled with exceptionally tight and clear production this was an absolute gem for 2018’s heavy releases. The lighter shades and more delicate moments contrast the thick AF chords and enormous guitars and bass notes that drone and throb with huge drums sparingly hit but to large effect. I didn’t get to writing about this because I’d caught onto another album at the same time with a similar bend and yeh…this went in the ‘get to it’ column but (*sigh*) I didn’t. Being a fan of ISIS (the band) I really felt this bands music and genuinely enjoyed it..but without the time to digest and properly reflect..i left it too late.

Drone. It’s a single note, then slowly it’s a chord as a 5th is added, then an +1 octave, then an octave lower and slowly but surely the waves pulse and sway from left to right. Phase shifting. About 5 minutes in you can identify a guitar, another 5 in and there’s some dissonance and soon after: Oscillation. If these terms and words don’t mean much to you, then put on headphones and sit and study.  If you DO follow the jargon, then get this up on your screen and enjoy something truly hypnotic and atonal but equally as immersive and curious.

Internet-high-fives to all the artists whose amazing works went un-reviewed by me..all the while I listened to them and enjoyed ya music for free. Worst bit is…this list is barely 50% of the stuff I could have covered. So much talent, so much support for locals and indies, this is a great place to be.