What a huge year.

So many things happened, so much new ground, history and monumental changes. Also..a lot of sick music made it’s way to our earholes. I have collected what were the 10 most impacting releases that I spent time with over 2017.

They might not have been the biggest, most hyped or recognised releases across music media this year, it’s just my opinion.

Pop punk, as far as my radar is concerned took a backseat in 2017. Either to rest and recoup or lick wounds..cant really be sure. It’s a cycle, there’s peaks and valleys to that scene. Once you’re in, you never leave..and so I waited patiently for a good pop punk release and holy shit was I stoked when I heard these guys! Like.. in no way was I able to predict the insane amount of surprises, changes and sheer ferocity that would be waiting on this EP. I’ve come back to jam this a ton of times since its release. Very impressed. Easily my favourite aussie punk release of 2018.

I’m getting too old for most of the current crop of heavy bands and hard hitters. It happens, it all starts to sound the same and each offshoot offers less and less invention and sincerity the more it gets recycled. This year it took some really exceptional artists in the field to hold my attention let alone go so far as to purchase the hardcopy. Deadlights were one. No djent, no frills, no chugs, no blast beats, no squeals, no prog, no noodling. What it IS..is melodic hardcore with a twist of ‘post’ whatevs on the side. Consistent AF from start to end, produced to within an inch of perfection, banger after banger, choruses to chant, moments to punch the roof…just sick. So so sick. Bought it from JB-HiFi after getting the promo-download for reviewing.

Surprise indie gem from WA. There’s always one that cuts through the wash and noise of an over crowded and millennially driven scene. The guitars and beautiful parts, the haunting and memorable hooks and choruses, the consistency and production of the album made it hard to fault. The band incorporated melancholy without sounding emo, ambience and effects without going full dream-pop, rock and energy without getting too rough. In one word: balanced. Loads of replay value.

7) Sleepmakeswaves – Made of Breath Only

Early impressions were mostly single syllable words unfit for children. As time passed and my ears grew to understand the compositions and see past the huge riffs and ‘cool bits’ I got to fall in love with the sound and subtleties all over again. What a monster. I jumped on-board the crowd-funding train to ensure they reached their goal. In hindsight, they really didn’t need to worry about a thing because the album is pure magic and an instant classic. 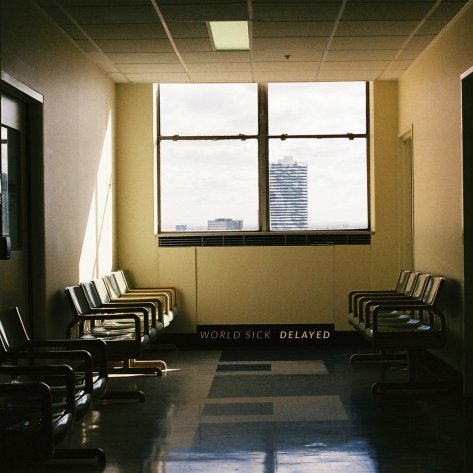 Post-grunge…shoegaze…noise-pop…I don’t care what labels we apply to this, I can’t say enough for the pure bliss this these 4 tracks gave me. I wanted to pick up my guitar and jam along, I wanted to share this with at least a dozen of my mates and say ‘LISTEN to this!!!’. It came out of nowhere, the band themselves shot me an email, it was no discovery of my own and we are all the better for it. Give me more in 2018 please.

Hypnotic guitars build ethereal waves of ambient melody which launch into heavy and technical rhythms. Like a fine piece of china being dropped off a cliff into the crushing waves and rocks below, so too Majora take their beautifully crafted post-rock and smash it through a colander for metal and progressive rock. Nothing ends the way it starts across the 6 tracks and no good wait goes un-rewarded. Pre-ordered and copped the physical copy as part of their crowd funding too. So good.

Damn this was a journey. I got sooo much out of listening to this that I admit taking influence into one of my own bands. In short the music goes like this: drone>heavy>melody>spaz>drone. That’s the way it works and my goodness does it work. A three piece band should not be capable of this much sound and before you go saying ‘oh in the studio anything’s possible’ go look up some of their YouTube vids and take a seat.

It’s becoming a prog-eat-prog world these days. Just when u think you have found a band that tops them all with riff wizardry, mathy tricks and craziness…rest assured there’s always one better that you havn’t heard yet. Insert Voyager right there.

2017 gave us a lot of outstanding prog-metal and generally amazing music but what Voyager did to earn my utmost admiration with ‘Ghost Mile’ was write a brilliant album that’s as catchy and memorable as it is flashy and technical. Gold standard. Didn’t leave my car for months. Pre-ordered as part of the crowdfunding campaign cos I had to have the physical copy.

This album is still slaying me. It floored me upon its release and it still does now. Take the best moments of Touché Amore and mash it up with ..mmm say Entombed and you’ve got this. As punk as it is grind..as passionate as it is despairing. What a roller coaster ride! Tired Minds are not just a blast and scream band though, they are a group who have made a relatively one dimensional genre (read: blast and scream) and expanded it into shades of hate. Killer album. Seriously as fresh now as it was upon release.

This is one of those ‘never saw it coming’ albums. They have no equal. I lost all ability to pigeon hole or genre cast them with any measure of accuracy after this album. It’s definitely math, prog, rock but at the same time not any one of those things. It was a bitch to review because it’s just a colossal step forward for the band and maybe even the genre. Drums as good as you can imagine, bass as inventive and sublime as I’ve ever heard, ambiguous guitars, misdirection’s and surprises everywhere. This is the rabbit-hole from Alice in Wonderland in audio form. Was blessed with a CD from Simeon himself..so that tops it. Album of the year.