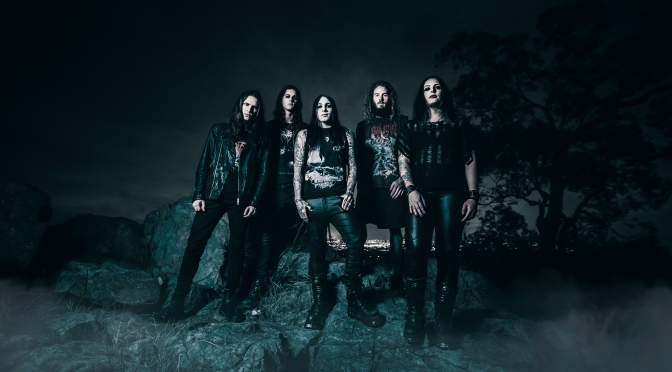 Black metal and post rock…not the most likely of bedfellows but the wizards in WA’s Dead Space have managed a coupling of unequalled clarity and smoothness. Not words you might expect to hear used in describing a band in this genre.

Don’t come expecting another ‘Deafheaven’ either. This is its own beast entirely.

Opening piece ‘The Aching’ is pure ambience. Just wash and guitars dripping in reverb etc. It’s dreamy. A few minutes in and the transition in to track #2 ‘Void’ hits with screaming and a band in full form. At first there’s no hints of the blackened element. Wait for it. Clean vocals (w/ harmonies) switch in and then the blast beats. You heard. Cleans, blasts, ambience and melody! What the hell!

It’s not 10 minutes in and this album has already defied every expectation I had for it.

‘Liquid Sky’ is a well produced album too. All too often bands associated with ANYTHING blackened will put out recordings that have the audio properties of an iPhone memo in a garage rehearsal taking lo-fi into NO-fi territory (as a rule I generally ignore those submissions). Thankfully Dead Space has decided that we are all much better off being able to hear everything and feel it in all those good ways. Bass throbs along to the chord lines and sits in the pocket neatly with the kick drum and guitars. Having a tight low end in the mix really helps to ‘feel’ the progression and understand where the music is going. Kudo’s given.

‘Below The Human Scumline’ is more in line with the darker shade of metal, tonally and musically. Not so memorable as the opening combo, but solid. Very solid.

The lead riff in ‘Reflux’ again sets this band apart from contemporaries with its established melody, the chords that support it and the sheer attack of the drums and scathing screams which follow. As I listened it was easy to recall moments of Devin Townsend’s strongest work. Terrifying and fierce!

Now for the surprises.

For what it’s worth the acoustic part that introduced Kidney Bleach’ and beautiful vocal work could have been lifted from nearly any late 00’s post hardcore favorite. However..it doesn’t stop there. After a Vai-esque lead guitar comes in..(eyebrows raised…what are they doing?) Dead Space go full sad-90’s-hardrock and I’m at a loss. Have I just skipped to like…another band by accident? Curve fucking ball. It’s great mind you. I don’t object. Just.. cant compute. If anything I’d have put this at the end, the emotive pull of the song is undeniable and maybe i’m just used to this sort of thing being a way to close out an album. Anyway…not my album, not my call.

Instrumental track ‘Only Tears’ shows yet another side of the band, this one however feeling right at home amongst the post-genre flavors on display. The piano, ambience, gated reverbs and noise all feeling very ominous and tense.

To wrap it up, I’d say there was nothing but surprise and entertainment throughout my time listening to this album. I’m not entirely convinced the amount of diversity is serving the band as well as it does their musicianship. The songs themselves are solid, the highlights are very high, the lows and lulls are well executed. The mix as said earlier..that’s just on point. Like benchmark level.

Liquid Sky is DEFINITELY worth a look and you can’t deny the absolute talent and pure unexpected twists and turns here. There’s a lot to enjoy and could be a great gateway for post rock nerds to try a little blackened flavor.