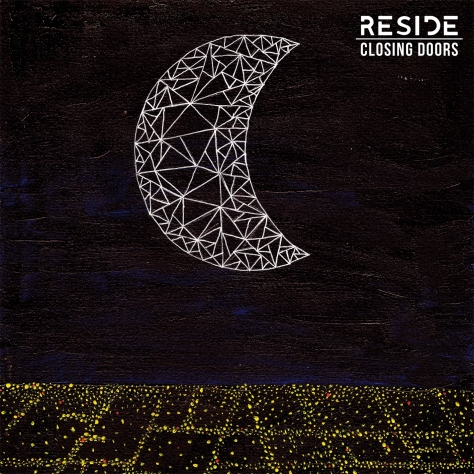 From the opening howls of ‘Fidelity’ and its melodic guitar searing behind it, I was instantly entranced. There’s an equal amount of melodic hardcore and punk rock to this that has my mind recalling the best moments of Set Your Goals and Citizen’s earlier work.

The tonal shifts come via tempo changes and quiet >loud bursts. Throughout the material on this 6 track EP you’ll be treated to softly delivered passages of prose and reflective lyrics, coarse and screamed lines, group vocals…chants and whoa’ oh’s. It’s literally a smorgasbord of hallmark traits associated with all the good stuff from the past 10 years. If you’ve had even a passing interest in the ever changing game of emo/pop punk/hardcore in the past decade, this will feel familiar for all the right reasons.

Production is crisp, bright and feels really good to my ears. The guitars are pretty dialled in and the gain vs tone balance seems well set. Drums are brilliant and punchy as hell. The kick cuts through as much as the snare when it needs to just drive it home and the room/live feel is present with ample cymbal wash.

Now, if prog/math bands are like tongue twisters for your ears as you try and find and follow the beat, then this is a tongue twister for your heartstrings. Like.. is this uplifting…sad//emo…angry, hard or which? Trying to keep up with the chord progressions is about as enjoyable as the break neck speed at which they punish us with them. This is in a class of it’s own.

For example the transition between the first song ‘Fidelity’ and following track ‘Burn’ is a seamless one that feels immediately darker and angrier due to a key change. It’s a really classy switch-up that totally works. It’s also a clever musical trick of quickly changing the key for a brief bar or two only to bend your ears and then have it swing back.

Another huge highlight was the ending of the track ‘Late Night Driving’ which had me utterly spinning. In one moment I’m nearly applauding this dramatic and unexpected sucker punch (I’m not spoiling it, listen for yourself) and then the next moment it’s snapped back to how it felt before except now it’s a new song. Like what the hell??

I am very, very impressed by this music. Yes it’s got the emo/punk/core vibe to it.. yeh it’s like a bi-polar Citizen on speed…but it works. This shit is crazy good and unlike anything I’ve heard from a punk/hardcore band in 2017. Get on this while you still can before they get signed to some massive label and leave Oz to tour forever. I can easily foresee this and much worse ahead. They are not long for the local scene, no way this wont blow up.