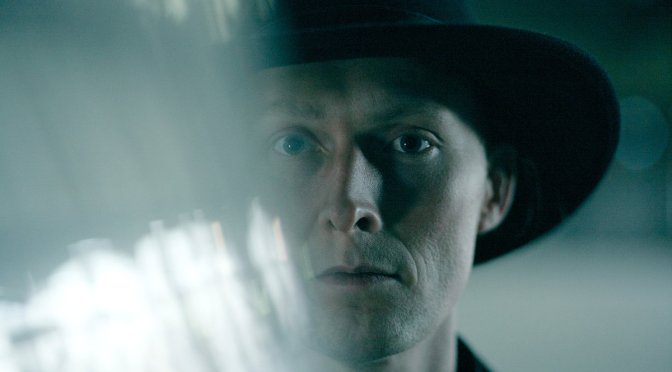 So I couldn’t be more excited to present you this next one, for today’s review. We have Cruel Optimism by thee mighty Lawrence English.

So Lawrence English is the runner of Room40 records out of brisbane, who next to labels like Editions MEGO  or Iceage is putting out some of the best Drone ambient/electronic/experimental music out there. He’s worked with people like Liz Harris from Grouper or Jamie Stewart from XIU XIU and a whole bunch of the best musicmakers in this day and age, usually I wouldn’t highlight this stuff because y’know  but the fact we scored an advance copy to review at MIA just blows me away!? But I digress.

(to be) Released on the 22nd of February, Cruel Optimism follows on spiritually from English’s stellar release ‘Wilderness of Mirrors’. What’s on offer here is a great mixture of post-minimal ambient sounds ranging from the achingly gentle to the blissfully engrossing. The construction of the piece seems to be based around the painstaking processing of various sounds guitars, voices, wind, percussion and string sounds to create a pastiche of varying luminous sounds to deliver the ultimate result of gentle tides and towering waves.

The album is apparently a politically conscious effort in response to the polarised reportioning of power in the west and makes reference to events in recent history In an musical attempt to quantify the pain and apathy felt through these social traumas in a way to better prepare and educate ourselves in how to navigate the current political climate and on a broad scale, existence itself.

Worth mentioning is the dialogue in the music, In the liner notes it refers to the albums endeavour to discuss the states that the idea of power can provide, the burden of it and the despair of lacking it. One thing that makes this style of music superior in my mind is it imposes upon the listener that they should investigate the actual content of the wordless sounds they are presented with to be able to derive the context in a nonlinear fashion. This record goes above and beyond that imposition to communicate to its ideas in such a ridiculously well-crafted manner.

With that idea in mind, so much of that dialogue is created by the environments this album exists in. The quiet creaking parts, especially on requiem for a reaper/pillar of cloud, are so subtle yet so nuanced and graceful. Then you have the towering pulse that carries through the album. Particularly on the opener Hard Rain, it’s a heaving, colossal wash of sound. But it’s so educated, so bursting at the seams with detail. Like, work with me here but it’s kinda like listening to Swans who understand just how much “love” is in total annihilation or destruction and how much of that magnitude makes up the DNA of the existential concept of “love”. It is worth noting that while a couple members (namely guitarist Norman Westberg and percussionist Thor Harris) of Swans provided what I’d expect is huge contributions to the record, too large a credit may detract from English’s understanding and ability to create this idea themselves (as per listening to English’s previous work particularly Wilderness of Mirrors). Anyways, whilst the focal motions of this album are heavy and resonant, they also have such a great harmonic quality.

So much so that when Sean (who runs MIA) sent this to me on my train ride home I made a pretty piss poor attempt to try and punch notes into my phone trying to describe it.

On a personal note, we cover a lot of stuff at MIA as I’ve said before and generally I manage to get to talk about what’s happening in the broader alt music scene and talk about some cool bands putting out a lot of great shit. But this sort of music and the scenes it exists in is much more close to my heart for how it’s made and the sounds that can be produced; the sounds exist on a wavelength that I greatly connect to for its ability to transcend the levity of western musical construct to communicate tone and feeling. Which this album, fuck, it just nails it. It also managed to feature some of my all-time favourite musicians (like Norman and Thor from swans) Mats Gustaffson (the sax genius from The Thing!) and Tony Buck and Chris Abraham from The Necks. Beyond those reasons it’s also a record that clearly has a purpose that’s delivered in a highly personal and introspective way, every single detail about this record is just so perfect. It’s a shoe in for one of the best releases this year.

I can’t think of any entertaining signoff that sounds quite right. It’s a fucking amazing record, listen to it ASAP.