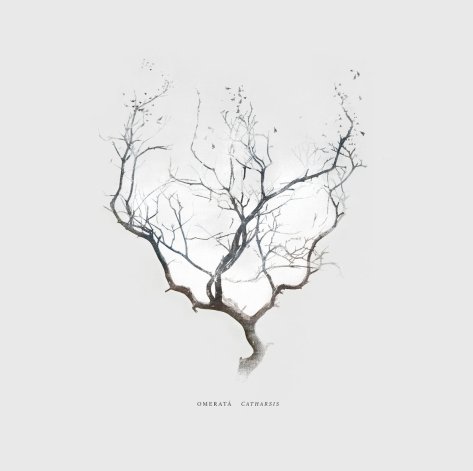 For today’s review we have a truly exciting album from the past decade of Australian heavy music in Catharsis by the now defunct sludge post hardcore outfit, Omerata. Recorded towards the end of 2005, Catharsis is presented as a long lost unreleased final album by a band with deep roots in the past 15 years of Sydney hardcore, all of whom have went on to play in some really exemplary bands like Lo! or We Lost The Sea.

With the aforementioned bands and the context of what heavy music was 10 years ago, the release is as intense as one would expect, with exchanges of blistering post hardcore sounds and droning elegiac reflections being carried out by the usual myriad of powerful drums, pounding bass and chugging dissonant guitars. The production on this which (I believe) was mixed and mastered only this year is just great, it provides a really clean and high quality look at what is essentially a more raw and youthful release.

One thing that I really enjoyed is that this release has the ability to represent really accurately what was happening in heavier music in Australia as a whole, you get a sense of how bands were taking cues from a lot of later 90’s post hardcore and early metalcore stuff like Cave in or botch and then on tracks like Harvest you can hear more spacious contemplative influences and see early hints of the monolithic sounds and ideas that would be coming from the bands out of the clever parts of the Sydney scene.

From a purely musical perspective, this record seems to demonstrate how the heavier or more diverse influences shown would become a part of the blueprint for future sounds, and in that, demonstrates how similar bands would follow suit in the same way. When throwing around genres, it’s interesting to consider what labels they and other bands like them were given. A lot of the lifespan for bands of any era of innovation will using be seen as “the thinking person” variation of a genre, have various scenes built around the worship of those sounds and ideas until eventually it inspires and resonates with musicians and artists and becomes its own movement or sound with a coined term like “post metal” applied to it.

Beyond that this release also invokes similar thoughts that many retrospectively released albums do. It provides a sense that it captures a piece of personal history for a group of group of people and the community of people they were with at this time, who like everyone else over the past 10 years will have seen their collection personal experiences and have been redefined personally by all that life brings, and for anyone who’ ever made music or followed the catalogue of  a band over a extended period of time, the way that this can act as a time capsule and provide an insight into who we were as people then and as opposed to now is a powerful experience.

As a listener being presented with a part of the history of the Sydney music scene that once might have been less discussed but is now a stronger flourishing community and seeing that lineage of ideas is a really rare offering, particularly for the fact that someone in the craziness of day to day life has taken the time and effort to present and celebrate a piece of their own legacy. To me the end result is a great document of people in an earlier phase in life chasing the same goals all creative’s strive for, and on a broader scale it reaffirms some universal themes about how connected we all are in time and how experiences become a monument to that. Truly cosmic shit.