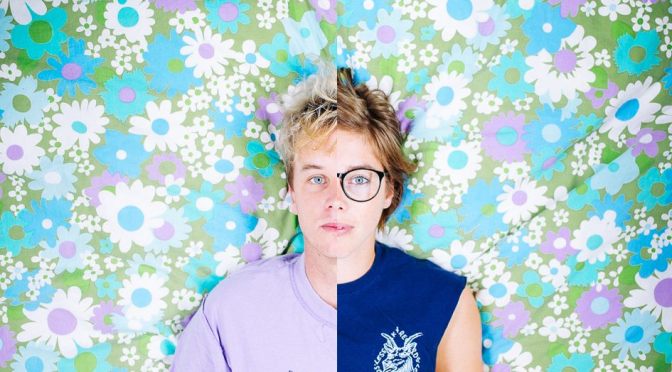 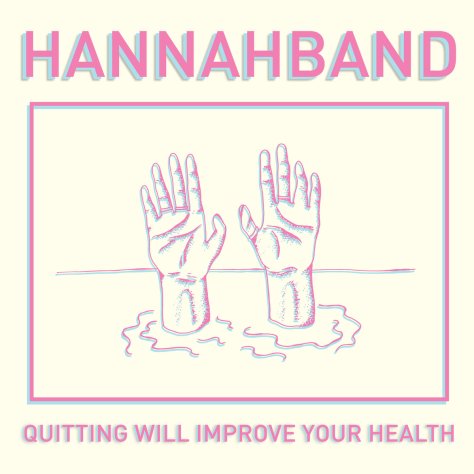 “We killed the time, but not the guilt, maybe partying won’t help”

So a couple years ago the 2 piece punk outfit that is Hannahband put out their 2nd record “Retirement” and for anyone heard it who was a fan of that sorta 90’s emo influenced punk it was a really solid record. What I had heard of it at the time came across as a more energetic version of bands like The Evens and of course seemed to take influence or carried itself similarly to other bands like Carb on Carb and Fear Like us.  Again, really cool stuff.

So fast forward to 2016 and their 3rd LP, “Quitting Will Improve Your Health” and not to use cliché’s but the production value, the writing and focus on achieving something aesthetically really has been taken to the next level. Every track jumps out at you with how solid and rounded it is.

Instrument wise, the dual vocal work is so well developed between the two, the guitar tones are lush and chunky, the drums sound great and the way they communicate with it being just two people just works so well. It manages to capture what was cool about Retirement; the frenetic upbeat punk energy of 2 people doing something you can tell they absolutely love doing. There is one particular point where (I think?) they’ve gotten a group of friends to shout along with them and yeah, all very fun.

One thing worth mentioning is that with all the elements that get thrown in, this is a really sophisticated record without attempting to be bombastic. With tracks like grave importance and burn it down, this record clearly has a focused cause when it comes to social issues and executes the (well deserved) fuck you to jocks in music and just dumb W.A.S.P society that it strives for.  But while that element is fundamental to what you hear, a huge part of this record that especially appeals to me is the personal and introspective parts that all feed back into those social issues with tracks like Terrified of Everything.

Rather than simply taking aim at any particular character in society, it really seems to talk about personal complexes and the way that most of us deal with the unavoidable dreads of day to day living, and with that the narrative throughout the record is much more intelligent and interesting than a lot of contemporary emo/ punk in its honesty, yet honest and emotive without taking away from the anthemic sound of the music. Aesthetically from the title of the record down to the lyrics it’s just a fun hook ridden record with some awesomely bleak existential concepts thrown in.

So I’ve been an idiot and slept on seeing this band when they’ve come through Melbourne this year for the Poison City Weekender, but if you did end up getting a ticket to see them, it’ll probably be a blast. As always make sure to check out the record and check out a show when they come to your town.

Go get the music here: http://hannahband.bandcamp.com