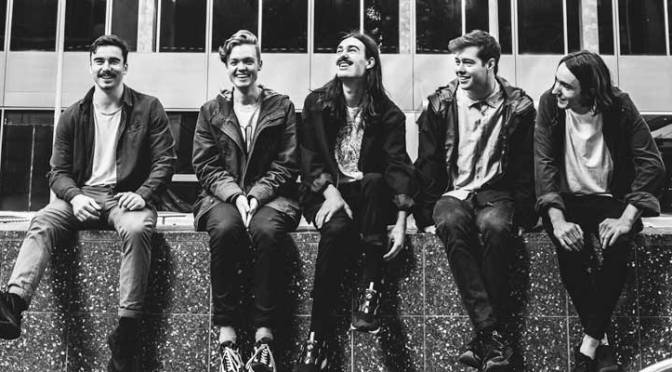 ‘Incentives’ strength is obviously in their musicianship and execution of such intricate and well written material. It’s an absolute blast from start to finish and this EP has some of the best uses of shred, djent and twinkly guitar parts I have heard all year. You’ll hear a lot of Counterparts, Prepared Like a Bride, In Hearts Wake’ in there.. but who even cares when it’s this good!

Drumming is entirely on par with the strings, the rhythms are both held together and then completely messed with by the skin-smith…and there are moments when there seems to be so much happening that my ears had to focus on the drums purely to keep up. Right on point.

Vocally it’s a lot less impressive: tough-guy shouting and not a lot of creativity within that. There’s practically no variation in his delivery from start to finish and aside from a few guest vocals and cool group-vocal’s there’s just nothing special to report. It fits the sound, certainly does the job …however…the musicianship and song writing is so strong and impressive that failing to bring something equally interesting to the vocals is a lost opportunity.

The other area where this band needs to grow is in the production. All the sounds are super tight, super crisp and super perfect. It sounds like the entire thing was recorded on a computer. Those djenty moments are edited way too hard, the compression is over the top, the sounds are 100% the same for the entirety of this EP..despite the light and shade of certain effects and moments..this recording has no life at all.

Sam Bassal (Ocean Grove) is a monster behind the controls and his work producing other bands releases has a great track record BUT unfortunately (or not?) ‘Dusk’ sounds identical to every other project he’s done. Is it tough as hell? Totally. Does it sound massive? Yup.

Does it sound real? Not even a little bit.

Live will be the test to measure if this band is as good at their craft as ‘Dusk’ suggests they are. They’re heading out on tour in support of the EP and the dates can be found via the link below. Would be worth going out to see these cats smash this stuff out live!

The band have kindly made this release free/pay what you want via their bandcamp page and I high suggest you give it a spin. A strong release from a promising new band.