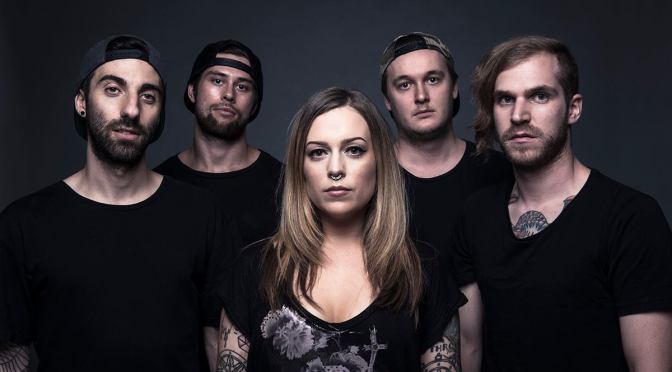 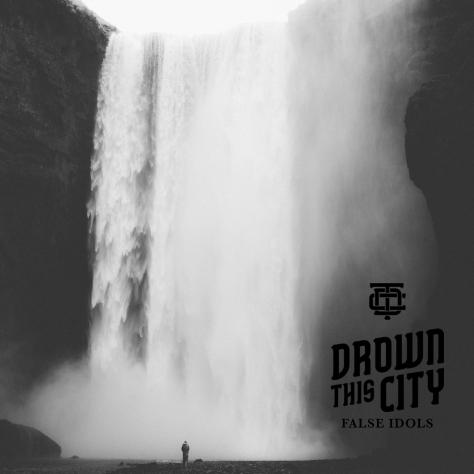 Quality metal-core only really happens when talented musicians are fronted by an equally impacting vocalist who are willing to take some risks. We’ve had a few fantastic releases this year where this magical combination has occurred and it’s what you’ll get with Drown This City and their debut EP ‘False Idols’.

Melodic passages are polarised by huge vocals and screams. Chuggs and riffs follow the creative use of electronic/synths and blips and equally brutal breakdowns. It all works together well and is tastefully integrated into aggressive and riffy-happy metal.

The drums are the backbone of the rhythm section providing both the flashy footwork and fills to impress but also know when to pull back and give the rest of the band their space. The sounds can get a little cluttered when everything is happening all at once and it’s exactly then that you can appreciate the crisp and cutting cymbals and snare that orient the listener to what the band is doing.

Alex is a demon. Her vocals range from shrill highs to ‘BREEEEEE’ and then as if a switch gets flicked.. she delves right into soaring melodic lines. A commanding performance here deserves praise and I’m very curious to see how well it’s executed live because if she can do it as well as it is presented on the recording then heads will seriously turn.

The layers of guitars and synths sometimes feel as though they are competing against one another despite the fact that the idea’s are mint. The mix just struggles to reach the clarity and punch of some other recordings that have come out recently. It’s not sub par, on the contrary the band self-produced this collection of material and it’s a pretty solid offering. It would have been a hard task, kudos to them. Next time however I would suggest selling a kidney and getting someone a little higher up the food chain to polish this a bit more because it really is of quite a high standard and deserves to be heard as such.

It is no stretch of the imagination to see Drown the City headlining stages, being added to festivals and setting pits into a frenzy with what they deliver.

A lot of new listeners will be won or lost based on first impressions and comparisons. Let me say: they aren’t just a Conquer Divide/Enter Shikari copy…the band seem to be really aiming for their own slice of the scene. Having said that…if you like those bands, then you will very likely enjoy this too. I did.