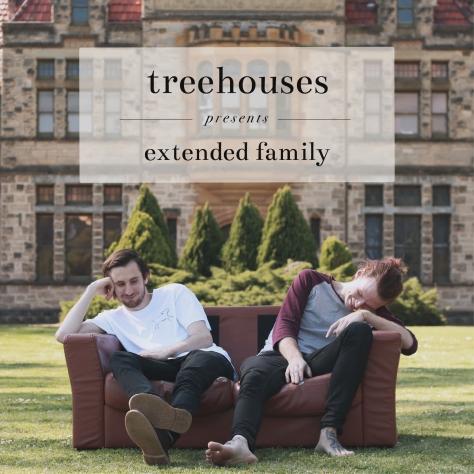 Hailing from Perth, ‘Treehouses’ do this blend of spoken work/screamo/acoustic music that’s been turning a heads since they dropped the full length ‘Id Rather Forget’ in late 2014.

On the new single ‘3am’ the band open with soft acoustic guitars and pretty female vocals reminiscent of Jayne Tyrrell’s sultry tones.  There are nice harmonies and just a touch of background noise which all seems pretty by-the-book folk for the first minute. Then as a subtle slide guitar blends in (as if right on cue for any alt folk group) a spoken word passage comes in. They swap over and then overlay the spoken and sung parts against the background of this slow cruisy track has all the right ingredients to catapult the band into hipster/indie fandom.

With about a minute to go the screaming component of the bands sound comes in and rather than employ a more confronting up-front vocal which would typically isolate this band from audiences less familiar with that sound…it’s set back in the mix to compliment the melancholy and emotion of the other sung parts.

It’s not what I was expecting. Before I can make up my mind about whether I liked it or not I’m hitting the replay button to go at it a second time. And a third.. fourth…tenth time and so on. It took time and repeat spins before concluding that yes…this is definitely sincere and beautiful and raw music that needs to be heard,

Listen to all their stuff here: